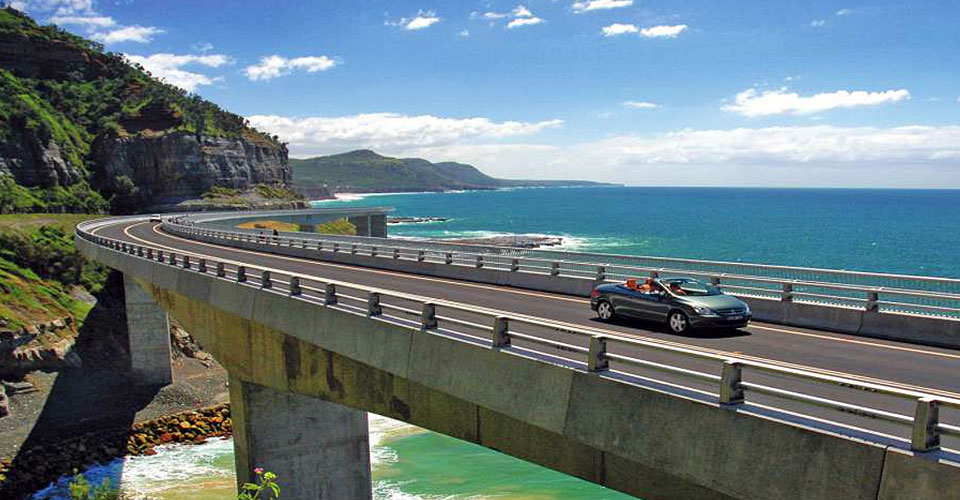 The Most Scenic Drives in Australia

There’s no question that Australia is one of the most beautiful destinations in the world. Many people forget how big the island country actually is, yet it has scenery and landscape that is so diverse and vast. Australia has it all, from desert to rolling hills to pristine beaches to rugged cliffs. As you can imagine, it’s a wonderland for the road trip enthusiasts of the world. Road tripping through Australia is a part of the travel experience. Today we showcase the beauty of Australia by featuring some of the best scenic drives down under.

Great Ocean Road. It should come as no surprise that one of the best scenic drives in Australia would have such a name as the Great Ocean Road. Its name refers more to the splendor of the drive then the length of it, as it’s just over 150 miles long, which makes it ideal for a day trip. The stretch of road is on the southeastern coast of Australia in Victoria and winds along the coast between the cities of Torquay and Warrnambool. The road has an interesting history, as it was built by soldiers in the early 1900s as a war memorial and is the world’s largest war memorial. The rugged coastline is the highlight of the drive, with several notable attractions that include the Twelve Apostles, Island Archway, and London Arch.

Fraser Island. Fraser Island isn’t your typical scenic drive. That’s because it doesn’t follow a paved route like you consider most scenic drives to be, but requires four-wheel drive and driving over sand tracks and beaches. Queensland’s Fraser Island is the largest sand island in the world and one of the most unique since visitors can drive on the beaches. However, because it’s driving on the beach, this is for the adventurist and not for every traveler. Driving along the beaches of Fraser Island are only recommended for low tide and for vehicles with 4WD. However, when was the last time you said that you road tripped on the beach?

What are your favorite drives in the world?